August 7, 2019Koa Sportsfrontoffice
Name: Eryk Dees
Time with Koa: Summer 2019
Background: Eryk was born in Miami, Florida and recently moved to Rockville, MD. He attended Miami’s Mega-Magnet, Coral Reef Senior High School, where he was a 4-year varsity letterman for baseball. He earned a scholarship to Eastern Kentucky University and unfortunately suffered a career-ending arm (non-throwing arm) injury after his freshman season. Eryk transferred from Eastern Kentucky to Florida State University, where he completed his BA in history. Following his playing career, Eryk began teaching and coaching at the high school level. As the head hitting and infield coach, he helped Miami Palmetto High School to a regional championship and state final four appearances in 2017. In 2018, Miami Palmetto won its district and Greater Miami Athletic Conference championship. After Eryk’s son was born in December 2018, he assumed the role of hitting/offensive consultant for his alma mater, Coral Reef Senior High School, where they finished as state runner ups, making the state championship for the first time in school history. He is familiar with the college recruiting process, how to prepare athletes for high school baseball, and player development for all ages.  Many of the athlete’s Eryk coached are continuing their college careers all over the county.  He’s excited to make an impact in the Koa Community and help your son develop on and off the field. 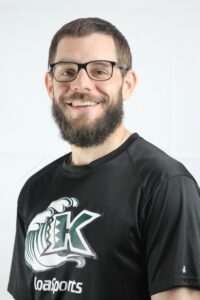