Spring is around the corner! Koa had a lot of great things happen in February and we are excited for what is to come in March!  Especially the turning weather, let’s hope sooner, rather than later.  At Koa’s last board meeting, we officially updated our refund policy, please let me know if you have any questions about the change, see below:
Koa Sports- Refund Policy
(updated 3/1/2019 and on Koa’s website)

If you come to the first day of your Koa program (camp & clinics only, this does not apply for leagues) and have such a terrible time that you no longer wish to participate in the program, we’ll refund you with 100% of the cost.

If you cancel your registration after you have accepted your position on the team you will be charged for the full price of the team.

*Injuries will be a case by case basis handled by Programs Directors and Koa Management
**Any refund policy disputes will go directly to Koa’s Board- Program Directors CAN NOT deviate from the stated policy.

Lastly, I recently read a great article that is well worth the read. If you have a few moments, I think you will find it just as enlightening.
NBA player Abdul-Jabbar is auctioning off hundreds of items from his memorabilia collection with the majority of the proceeds going to his Skyhook Foundation charity. Abdul-Jabbar says, “When it comes to choosing between storing a championship ring or trophy in a room or providing kids with an opportunity to change their lives, the choice is pretty simple. Sell it all,”.  Check out the full article here!

Thank you to all for voting Koa Sports Best of Bethesda 2019! 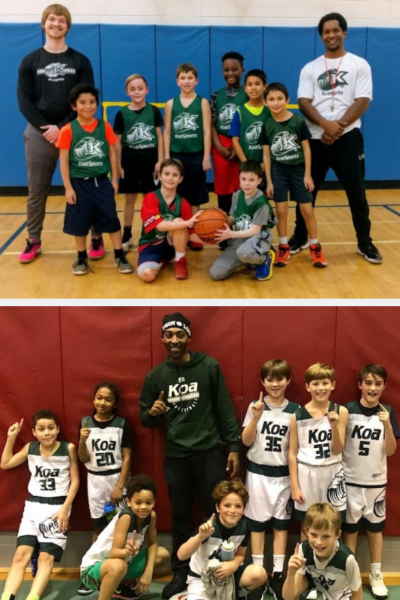 Koa Hoops has been busy this month as they enter the final stretch of the winter season! The 3rd and 4th Grade teams each took home the championship this weekend in the Supreme Basketball League. Koa’s basketball teams finished the winter regular season with a combined 32-25 record. The 5th-8th grade teams look ahead to playoffs but we are already getting ready for spring! Looking to get involved? Spring tryouts are coming up in a few weeks, check it out here! Our postgraduate team, Koa Prep just returned from Ohio where they competed against SPIRE Academy. Contact Evan Sirkey (evan@koasports.org) to learn more about tryouts, training sessions and more! 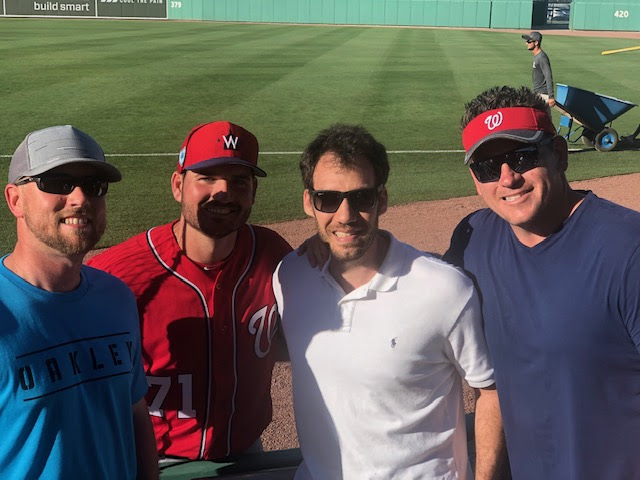 All Koa Baseball players have been working hard during winter workouts!  The picture above is two of my college roommates and a former Koa player.  I was lucky enough to catch a Red Sox and Nats spring training game on Thursday.  I want to share a quick story of a former Koa player who is humbly tearing up spring training (6-7 w/two 2B & a HR as of 2/28)  with the Nationals as a non roster invite.  Jacob Noll played for Koa’s College (MCBL) Team in 2013.  He came up from Florida Gulf Coast as a Red Shirted Freshman, which means he was good enough to make the team but not play in any games.   Jake tore up the MCBL and was Koa’s best player that summer making the MCBL All Star Team.  Jake was worried he wouldn’t earn playing time at Florida Gulf Coast the next fall, he worked hard, stayed quiet and became a starter.

After the spring 2014 season, Jake was named Division 1 National Freshman of the year!   In 2013 Jake didn’t play 1 inning at FGCU, and a year later he was the best freshman in the Nation!  In 2015 (Jake’s first draft eligible year) he had an amazing season at FGCU, went on to become an All-Star in the top rated Cape Cod League.  The scouts said he didn’t have enough power and went unsigned.  In 2016 Jake set a career high in home runs at FGCU and the Nationals drafted Jake in the 7th round.

Jake is quickly moving up the ranks, and he finished in AA in the fall of 2018.  Jake also was invited to the Arizona fall league, where ONLY top prospects are invited.  This spring Jake was a non-roster invite to spring training and is thrilled to be alongside Anthony Rendon, Max Schrezer, among other Nats All-Stars.  Jake won’t be beating out Anthony Rendon this spring, despite his amazing numbers and will likely be back in Harrisburg, the Nats AA affiliate.  Jake is young, humble, and hungry!

Jake recently got engaged to his college girlfriend, Nikki who resides in Baltimore.  Which is only an hour and 15 minute drive to Harrisburg.  We are all rooting for you Jake!  Check out a recent article in the Washington Post Featuring Jake and other Nats Prospects. 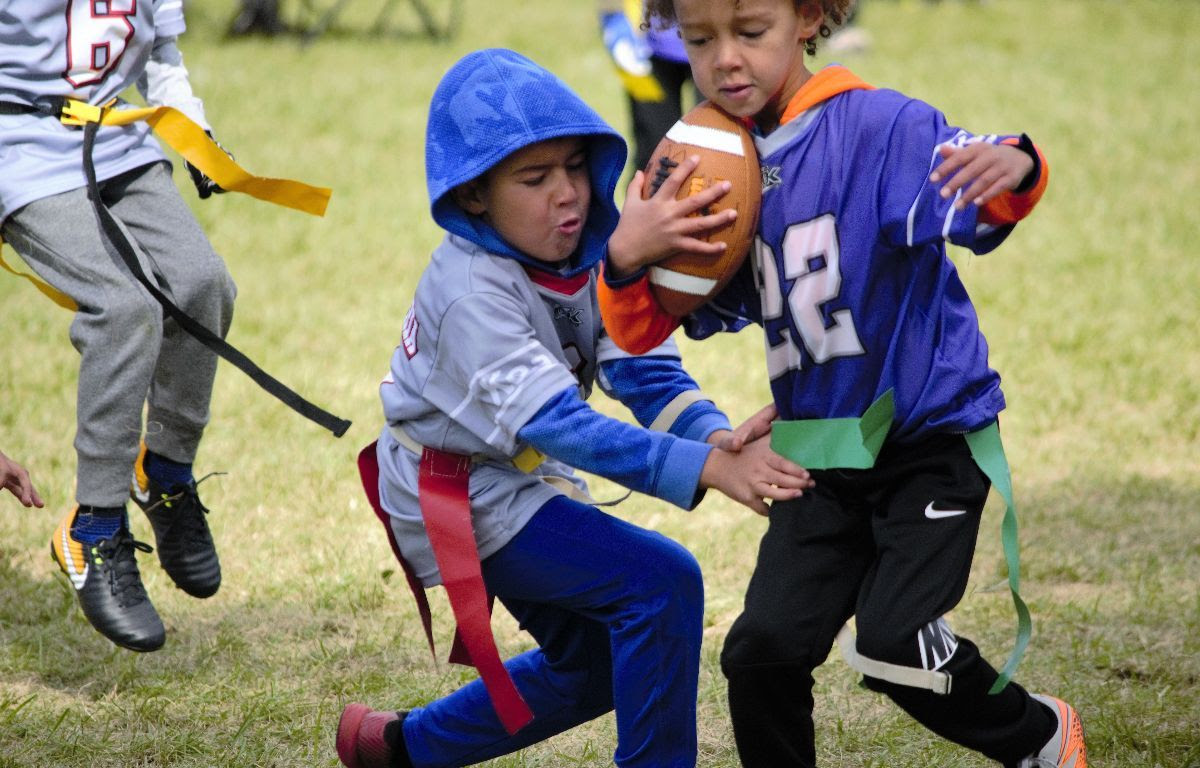 Koa Flag Football is gearing up for the Spring League to begin.  Koa is having record registration numbers with our NEW SATURDAY OPTION! Registration deadline is March 5th! Click here to learn more about our Spring Flag Football League! 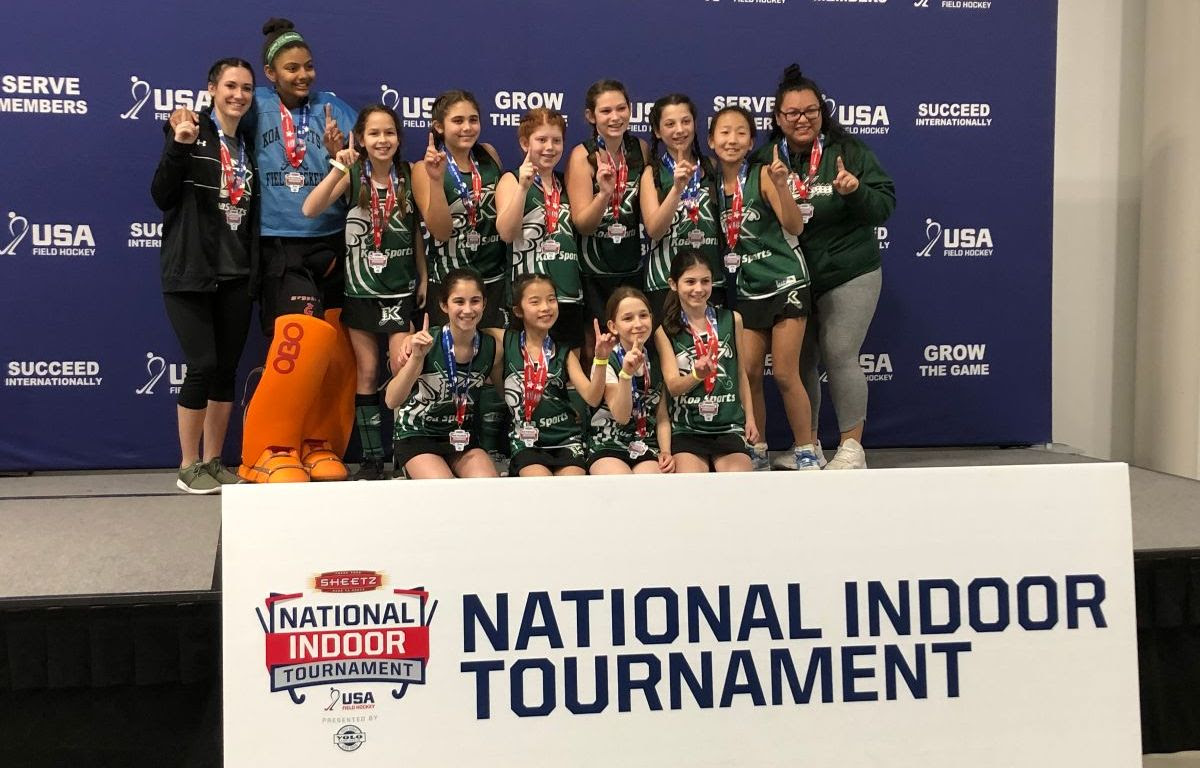 Koa’s Field Hockey U12 & U14 Club teams spent a weekend in February at the National Indoor Tournament in Lancaster, Pennsylvania. Both U14 teams had a great weekend finishing 2nd and 3rd in their pools. A week later, the U12 team made Koa history by coming out on top, as the undefeated champions, winning their pool and even tallying 17 goals for the weekend!

Winter Field Hockey is wrapped up, and we are heading outside later this month! 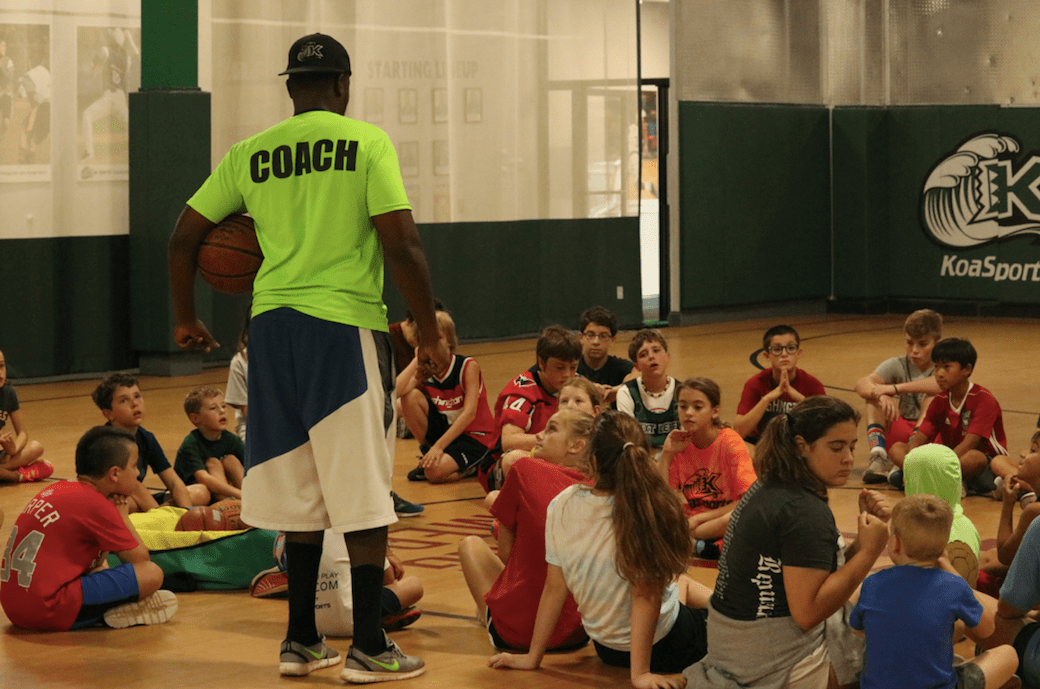 No School on February 18th? Come to Koa Sports No School Day Camp for only $59 – Register Here! Also, Multisport Summer Camp is currently in our Early Bird pricing. Make sure you register before April 28th when the camp price increases! 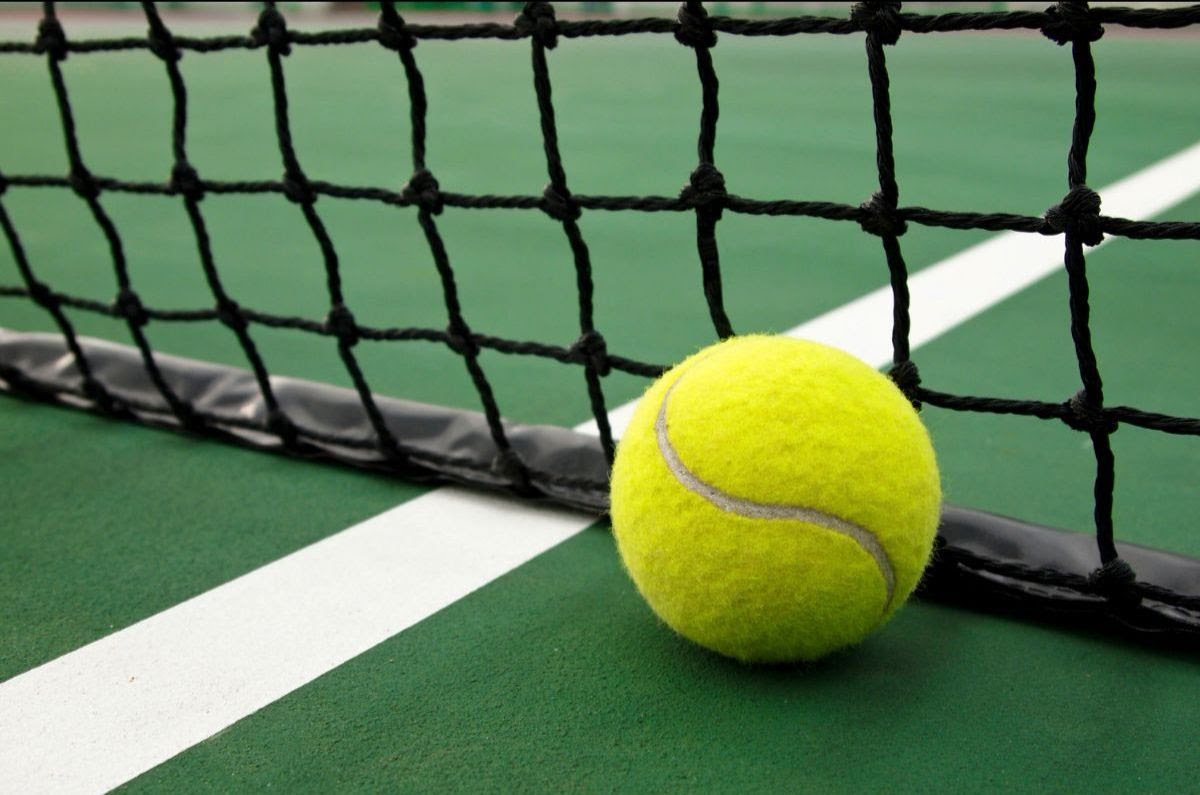 Koa Tennis wrapped up our Winter Tennis programs in the month of January. We are busy prepping for Spring Classes as well as our Spring Break Camps (located in VA & MD!) Check out all of our class and camp info at www.koasports.org.

Koa in the Community

Coach of the Month 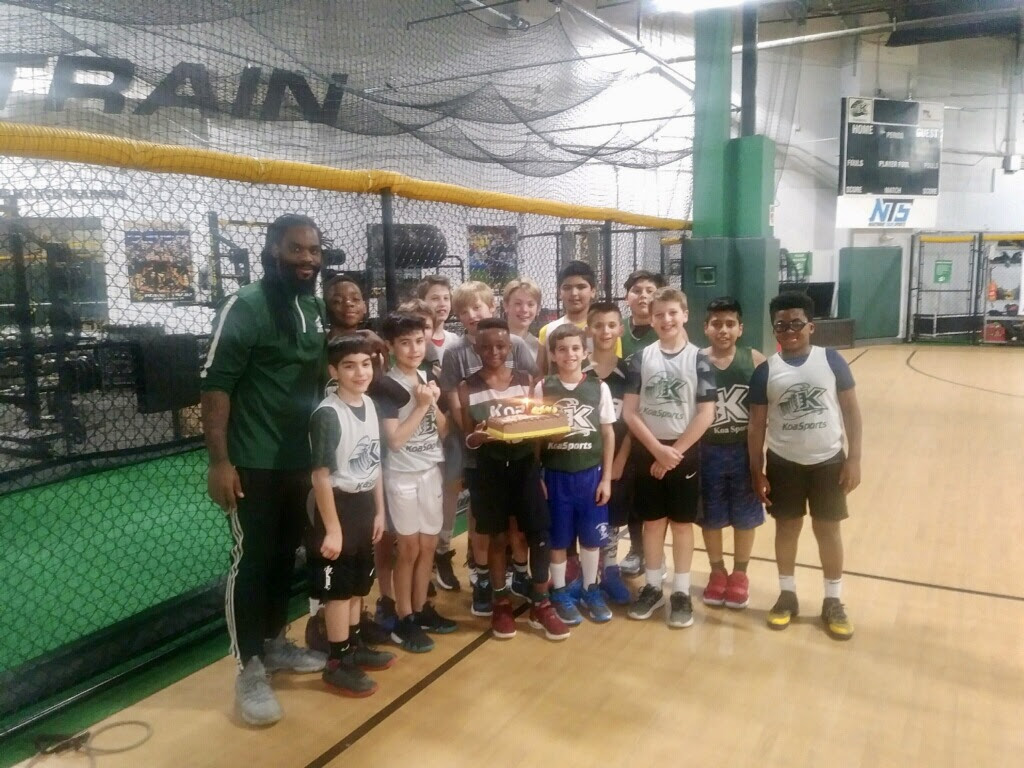 For the second time, Coach Rafriel has earned the Founding Farmer’s Coach of the Month! His 5th West team continued the success from their fall league runner-up result and are currently undefeated entering the last weekend of the regular season. He has created a great culture around the 5th grade basketball team embodying Koa’s core values and instilling them into his players. The boys are often hanging outside of practice and even learning the meaning of team building with non-basketball related activities during their practice, like completing puzzles, playing Uno, and other strategic games that involve teamwork. Good luck on the rest of the season and keep up the great work, Coach Rafriel!

Players of the Month 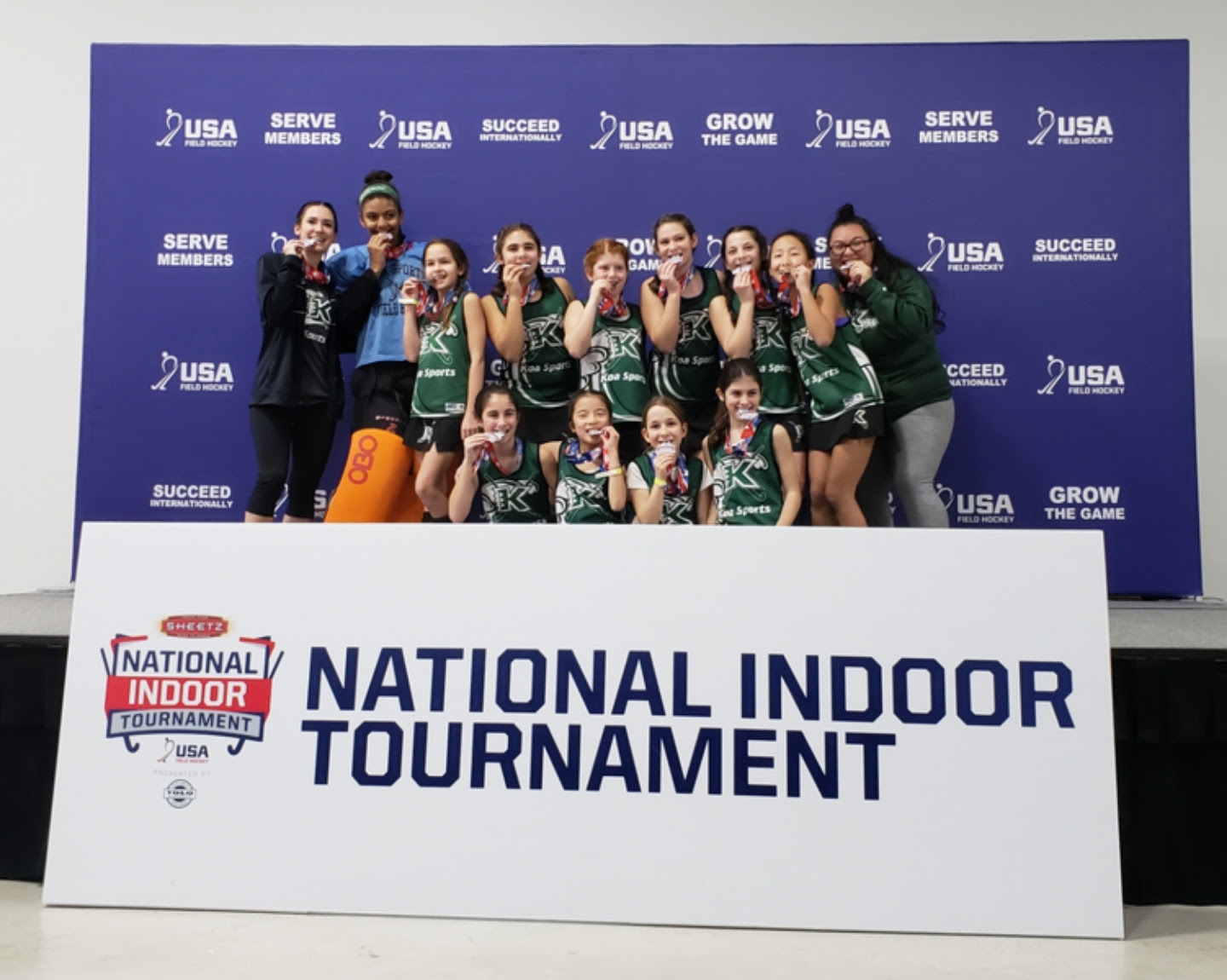 During this Winter Indoor Season, Koa U12 only had 2 returning players from last year’s strong u12 team. This year, they were going to be tested due to this being the first competitive indoor season for more than half of the players on our current u12 team! They set goals, showed up to practice every day and worked hard – and over the course of the past 4 months they were able to put themselves into the Koa Record Books as being the first Koa Team to win a Championship at a USA Field Hockey sponsored event! This u12 team is a special team, and is extremely deserving of this honor and accomplishment!Every tournament and every practice, they fought, worked hard and grew as one. They learned each other’s strengths and weaknesses, but most importantly they learned to never give up. As exciting as it was for most going to their first big tournament, the girls showed great composure and will to take the top spot and make Koa history. The girls scored a total of 17 goals on the weekend and showed great defense with three shutouts! They are a team that always believes in themselves and their abilities, and they are filled with wonderful leaders who aren’t afraid of the pressure. We could not be more proud of our U12 team and how hard they worked to transform themselves into National Indoor Champions! We are so excited to see what the spring season holds for this special group of girls!

We want to hear your feedback! Have any questions you want Koa Sports to answer? Or want to hear about a specific topic? Let us know!