With our BABL season officially over, the spotlight was squarely on our travel teams for our final weekend of baseball action this fall! Our 10U, 11U, and 12U teams all participated in the NVTBL End of Season tournament. This is what the teams have been preparing for all season. It’s one final chance to show the whole league what Koa baseball is all about. It’s one final chance in 2017 to get those final competitive games in before the cold weather forces us indoors for winter workouts in January. What would the boys have in store for their opponents this past weekend? Read on to find out!

Here are the highlights from the final weekend of the fall travel baseball season: 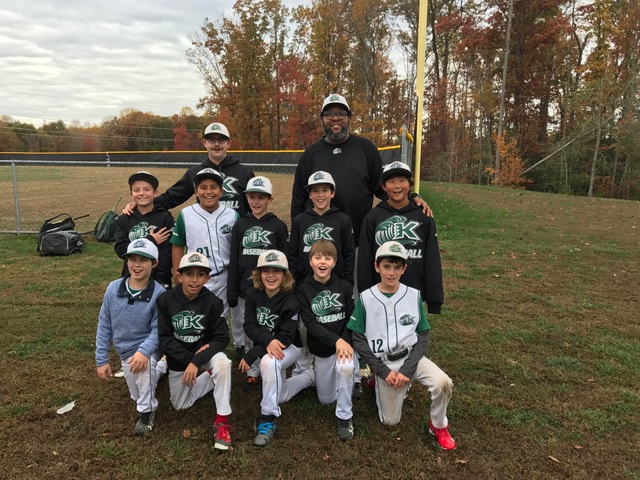 Facing a Rebels team that looked overmatched, Koa showed no mercy in NVTBL pool play, demolishing Ashburn in their first (and only) game of the day. Reed S. was named the starting pitcher for the game, and though he struggled with command in issuing seven walks, he managed to keep the game close with help from his defense, which allowed only one error. Speaking of errors, Ashburn committed 11 of them. No, that’s not a typo. 11 errors in one game! It doesn’t matter what age group you play in, it’s all but impossible to win a game when committing that many errors and giving up that many free bases and runs. Koa capitalized in a big way, as those errors led to five unearned runs – Koa would’ve still won if you took away all their earned runs scored. Tyler R. and Jacob E. managed multiple hits each for good measure, with the former driving in five runners to boot. Game two was called early due to the weather. The boys are still alive, so hopefully they can get at least one more game in this season.

Koa 11U vs. Metro Senators 11U/Mason Diamond Heroes 11U 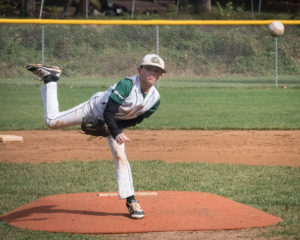 Adrian G. was dealing on the mound. 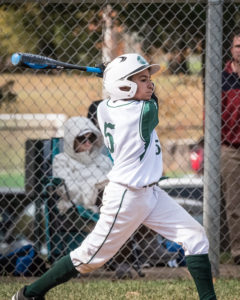 Casey G. follows through on the swing.

The 11U Green Wave looked good in their first game, but unfortunately their season came to a close following a disappointing loss in their second game. A strong start by Adrian G. set the pace for the Green Wave in the first game. The team went down 2-0 early, but the bats came alive in the 2nd inning, giving the Koa the lead. Matthew K. and Garrison K. each gave the baseball a ride, and Tommy M. came in to shut the door in the 4th, sealing the victory for the Green Wave. Koa fell behind early in the second game, trailing the Heroes 4-1 after two innings. In the third inning, Koa strung together a few hits to cut the lead to 4-3, and then tied the game up after a scoreless inning by Henry E. in the 4th. However, in the 5th inning, three early errors led to the team unravelling, turning a 4-4 game into a 16-5 defeat. Resiliency – a recurring theme for the 11U Green Wave this season – was once again the name of the game for Koa. The team never gave up, even when they fell behind 16-4 in the last inning, and the first two batters got out. They kept fighting, scraping one run across, and loading the bases, before the Heroes made a play to end the game. It’s a disappointing end, but it comes after a very successful season on the whole. 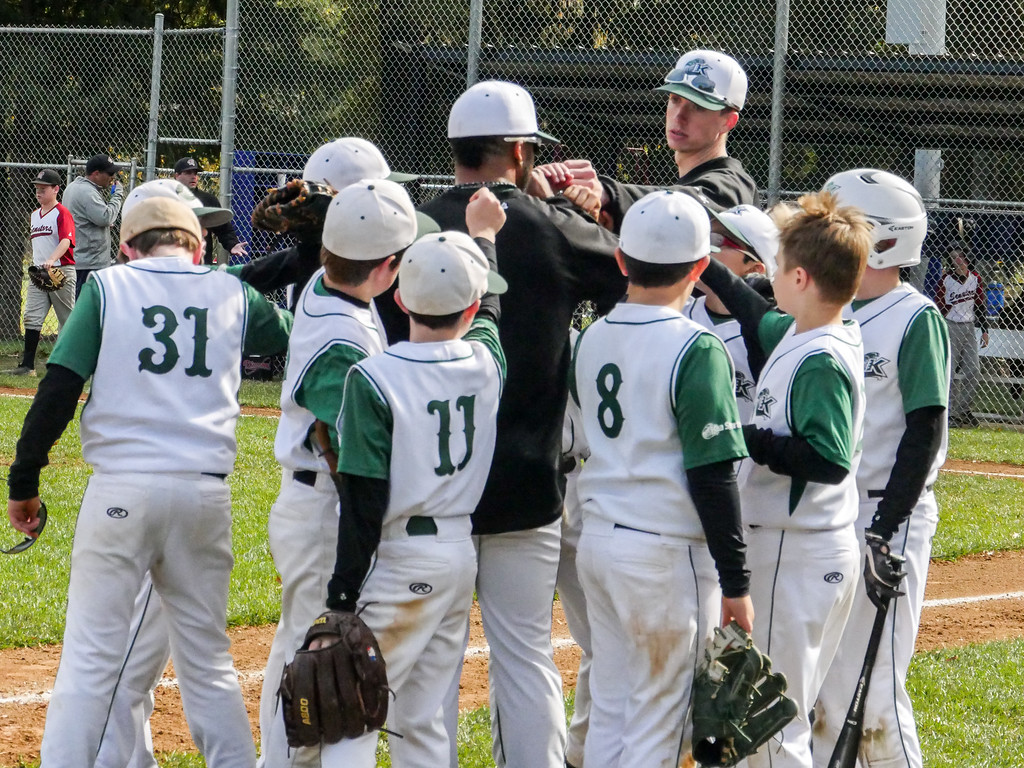 What a season for Koa’s 11U baseball team!

Koa 12U vs. Metro Senators 12U/Alexandria Aces 12U

The 12U Green Wave played two one-run games back-to-back for the first time all season, and while game one ended in exhilarating fashion on a walk off, game two ended too early for Koa to mount a full comeback. In game one, Andrew L. shut the Senators down through four innings. This allowed the offense the time it needed to get going, as Koa didn’t plate it’s first run until the third. Among those middle innings highlights was a home run from Connor B. and three hits from Nate M. Some shaky relief pitching allowed the Senators to not only come back, but take the lead. However, all that did was set the stage for one of the most dramatic hits by a travel player all season. Trailing 5-3 in the bottom of the fifth inning, and with two runners on base, Simon R. – hitting out of the ninth spot in the lineup – took a 1-0 pitch deep to the outfield. He hustled all the way around the bases for a walk-off home run, giving Koa a 6-5 victory! In game two, the Green Wave needed more late inning magic to secure the sweep, but it didn’t happen. Massimo L. and Jay W. both pitched effectively in the game, but despite out-hitting the Aces 10-5, Koa couldn’t get the timely hits with runners in scoring position that they needed. JB H. led the team with three hits, but it wasn’t enough. For the 12U team, the run differential this team put up, often against more challenging competition, was staggering. Congrats, on a good season, fellas, hopefully next one ends on a better note!