U16 Club Teams Played and Conquered at Spooky Nook!

Dominating on the Court!

This past weekend our U12, U16 and U19 Club Teams traveled to Lancaster, PA to play in a tournament at Spooky Nook! Spooky Nook is the home of our USA Women’s Olympic Field Hockey Team, so it was exciting to have the opportunity to play where Olympians practice and play every day!

All of our teams arrived at the Nook excited to play in another tournament! While all of our teams played well, two teams in particular played to win! Our U16 White and Green Teams dominated in their respective pools! These two teams were an unstoppable force making it hard for opponents to even compete against them.

U16 White stepped up their game! The players played with intelligence, heart and gave it all they had. In the end, they were tied for 1st place and the only reason they finished in 2nd place was because of goal differentials.

U16 Green came out on top! Not only was this team 4 – 0, but they crushed their opponents with skill, speed and intensity. Even though opponents tried to score and win, our goalie didn’t allow any goals to be scored against her!! This team climbed to the top and won their pool!

Our coaches are so proud of all of our players. We love when our players display our core values: Positive, Dedicated, Team First and Fun! As we travel to tournaments, it really shows that field hockey is our true passion here at Koa.

Congrats to both our U16 White and Green Team for an awesome weekend! 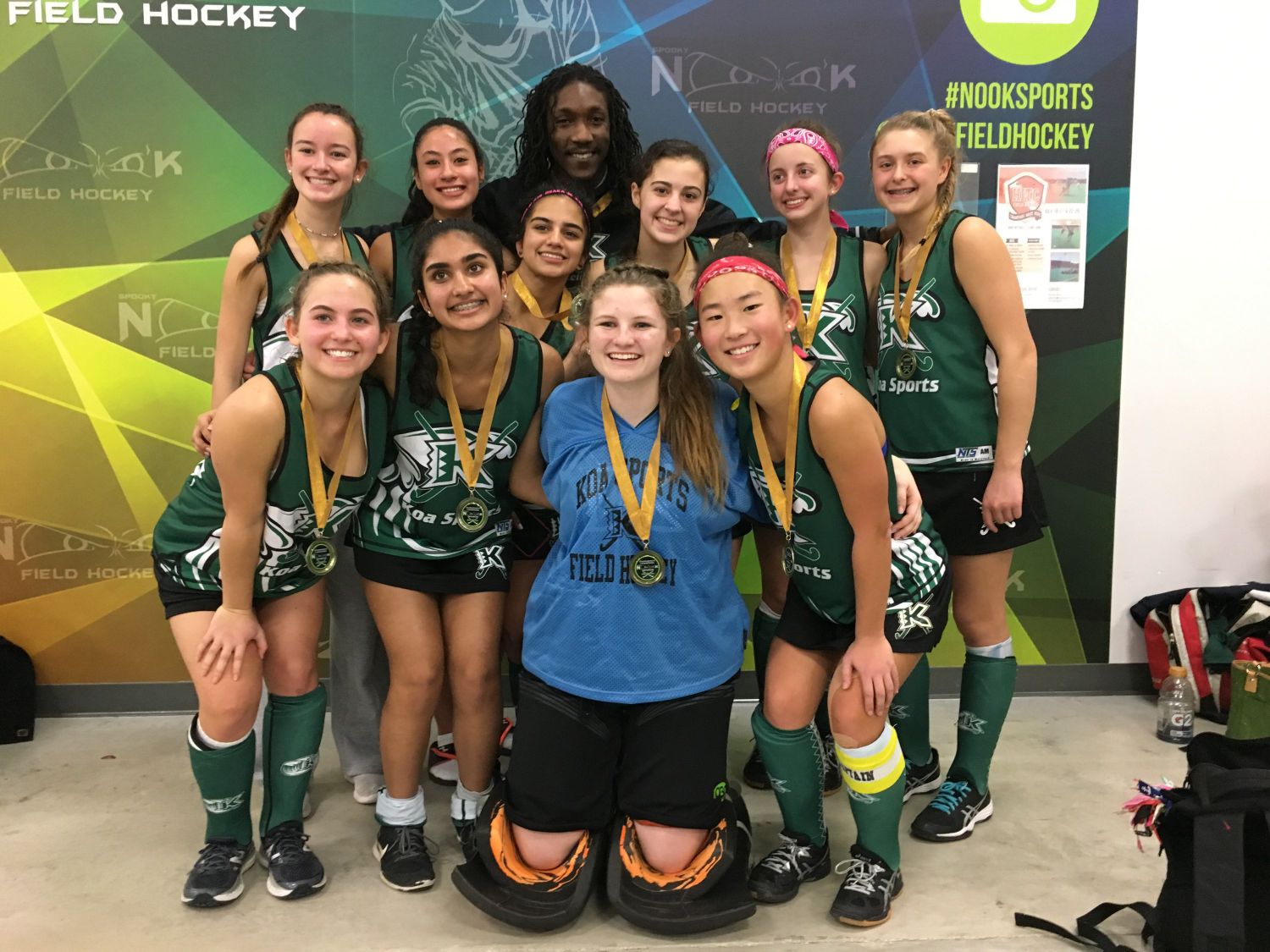 Our U16 Green Team Champions!

This weekend, our U14 Club Team will be representing Koa again on the big stage at the Nook for the National Indoor Tournament! Our U16 Club Team will finish their season with their final tournament at SPark.

Good luck to all of our Club Teams this weekend!
#RidetheWave

Spirit Team of the Week!

Within our teams, we try to make our players and teams feel like a family. In order to help the players grow closer, they pick a spirit teammate for the next tournament or play day. For the tournament, the player brings a special something or makes their spirit teammate a sign to get them pumped up before a game! 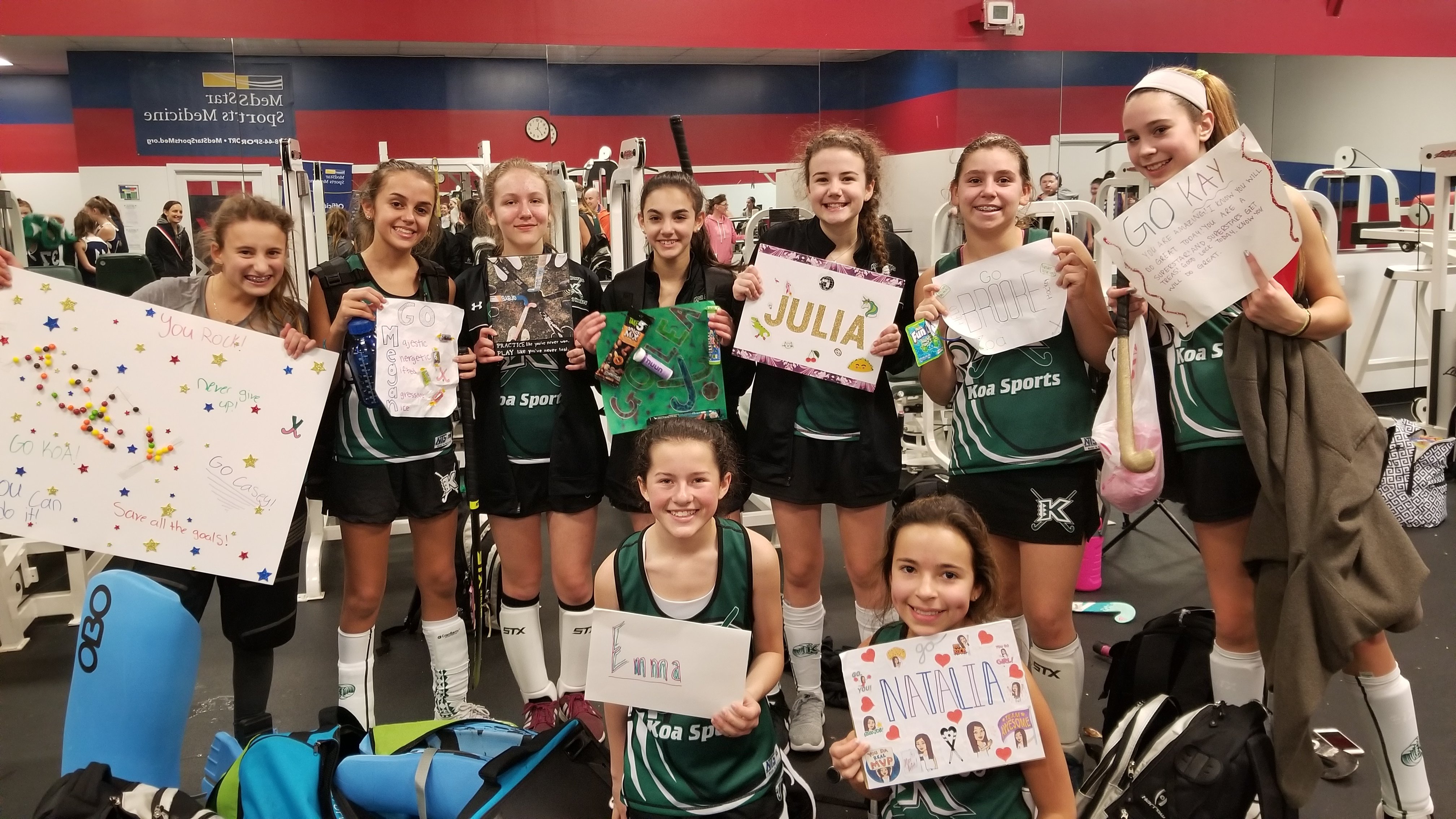 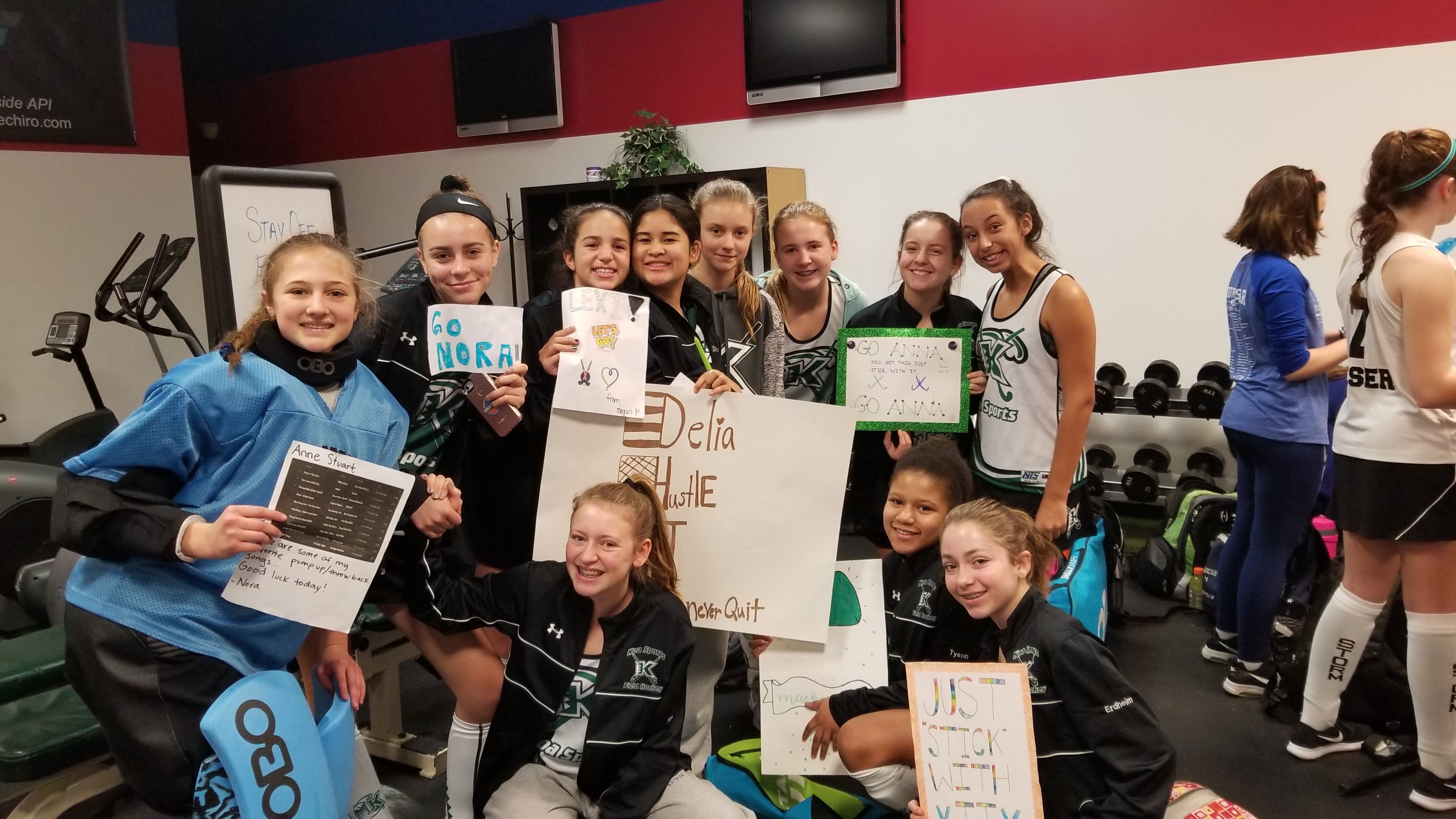 Our U14 Club Teams made encouraging signs for each other for their Sunday tournament at Spark!