Koa Prep is a basketball school that helps kids get into a better college and extend their playing career.  We accomplish this through transformational teaching, total college basketball player preparation and best in class fitness training.

Head Coach – Jimmie Parker
Jimmie’s playing career truly began after being cut from the Piccowaxen Middle School team in 8th grade. He was 6’3″ at that time and uncoordinated. When his parents asked what he wanted to do, he responded, “To become the first pick in the NBA Draft out of High School!” They responded, “Here are your three rules: don’t get in any trouble around the house, don’t get more than two C’s on your report card, and if you are not going to give 100%, get on the bus and come home.” That allowed Jimmie to dream and more importantly, fall in love with the process of becoming a professional athlete. To read more, click here.

Assistant Coach – Rob Roman
Robert is a DC native that graduated from Walt Whitman High School and grew up in a basketball household. He attended Towson University, and was highly involved on campus in the community and served as the vice president for the Boxing club. Robert began his basketball coaching career in 2011 as head coach at High Road High School and in 2012 served as an assistant JV coach at Bethesda Chevy Chase High School (BCC). During the off-season, Robert took head coaching roles in various summer leagues. In 2013, he began coaching AAU for Adidas Uprising and trained multiple high major student-athletes. He is currently the head basketball coach at Herbert Hoover middle school. To read more, click here.

Tony grew up loving and playing sports. His first memory of competitive sports was a 10U club soccer team, he wasn’t the worst player, but definitely bottom third on the team. Fast forward eight years (and a sport change later) there were a dozen division 1 players including the Maryland Gatorade State Player on that squad.  He was a late bloomer, Tony did not have any scholarship offers for baseball until late June after he already graduated high school.  He accepted an offer to play baseball at UMBC, and transferred to Florida Gulf Coast University after his first year in college.  To read more, click here.

Evan Sirkey’s basketball experience is robust, a local product, he played for Quince Orchard High School’s team and accumulated an impressive winning percentage as the starting point guard for their varsity squad.  Upon graduation in 2010, he attended Towson University studying sports management with a minor in business administration.  Evan decided to play and star on the club team at Towson, instead of pursuing full-time college athletics.  Upon graduating from Towson he began his coaching career at his alma mater, Quince Orchard High School. He was the assistant coach for the junior varsity and varsity level for two seasons. To read more, click here. 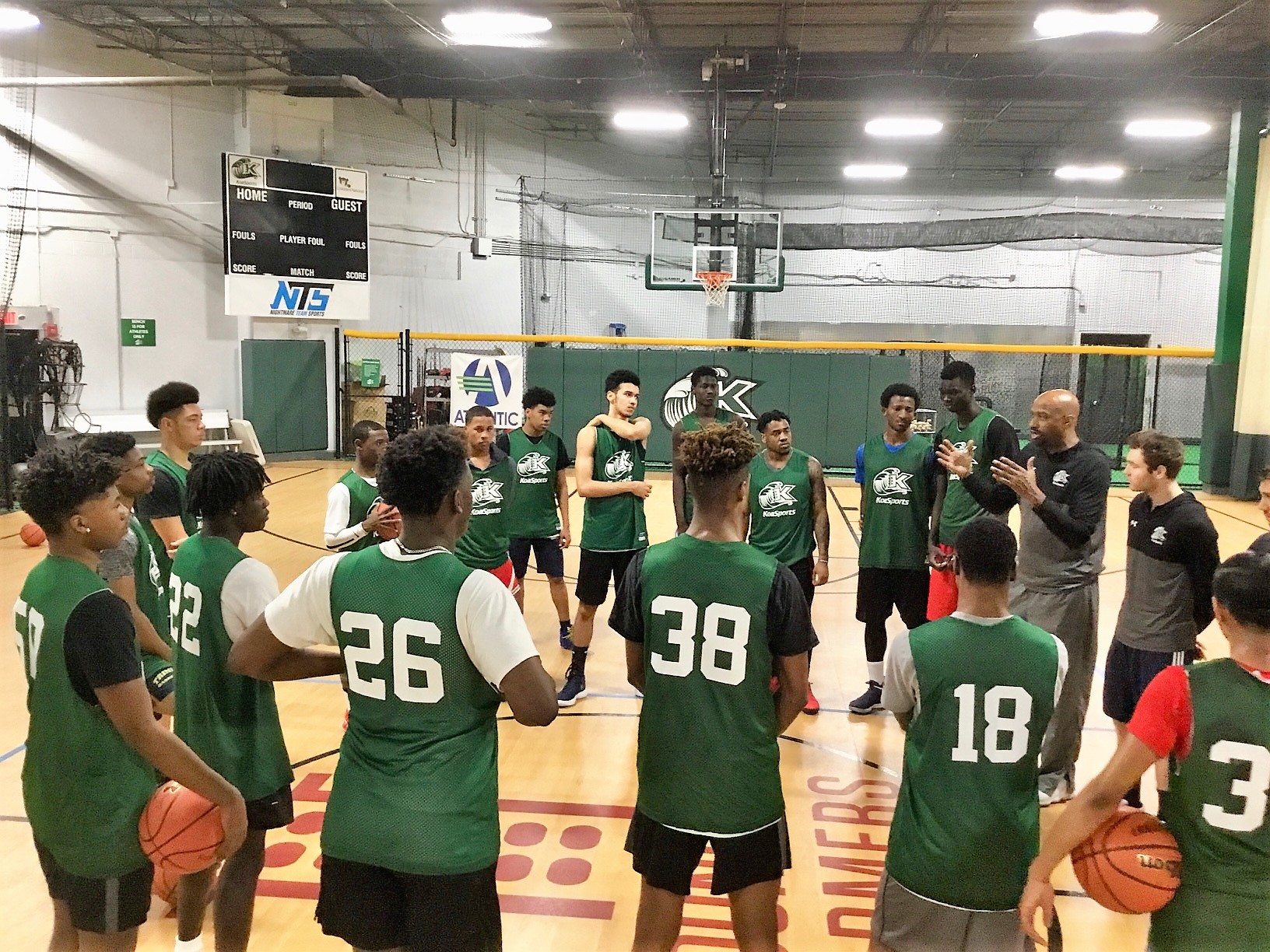