After a long off-season, baseball is back at Koa! All our teams took the field for what turned out to be a beautiful day for baseball. Opening day was packed with playoff rematches and some outstanding performances on the mound and at the plate!

The Legends started the new season off strong in Saturday’s opener, jumping out to an early 7 run lead. Nick G. lead the charge by holding the Bees scoreless over the first three frames and racking up 7 strikeouts. In the fourth inning, Toby Y. sparked the Bees’ rally with a bases clearing single, followed by a triple from Ruby B. But the late comeback wasn’t enough to stop the Legends, who continued to rack up runs and finished the game off with a 17-10 victory over the Bees. 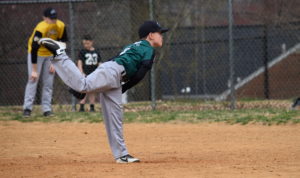 Player of the game: Nick G. stuffed the stat sheet, collecting 7 K’s on the mound and a grand slam at the plate.

Saturday’s match-up was neck and neck between the Lugnuts and the Riverdogs all morning long. For the Riverdogs,
Evan S. was a strong presence on the mound, striking out 5 batters over 3 strong innings. Tommy Q. lead potent dogs’ offense with a double and a 3 run home run. Theo L.collected a pair of hits as well, including a walk off single to secure the win. For the Lugnuts, Rafi C. and Grayson T. both slugged big home runs, while Jack E. had a strong showing on the mound. In the end, the Riverdogs pulled out a 16-15 walk-off  victory over the Lugnuts.

Player of the game: Grayson T. reached base in a 4 of his plate appearances, including a home run in his first at-bat of the season. 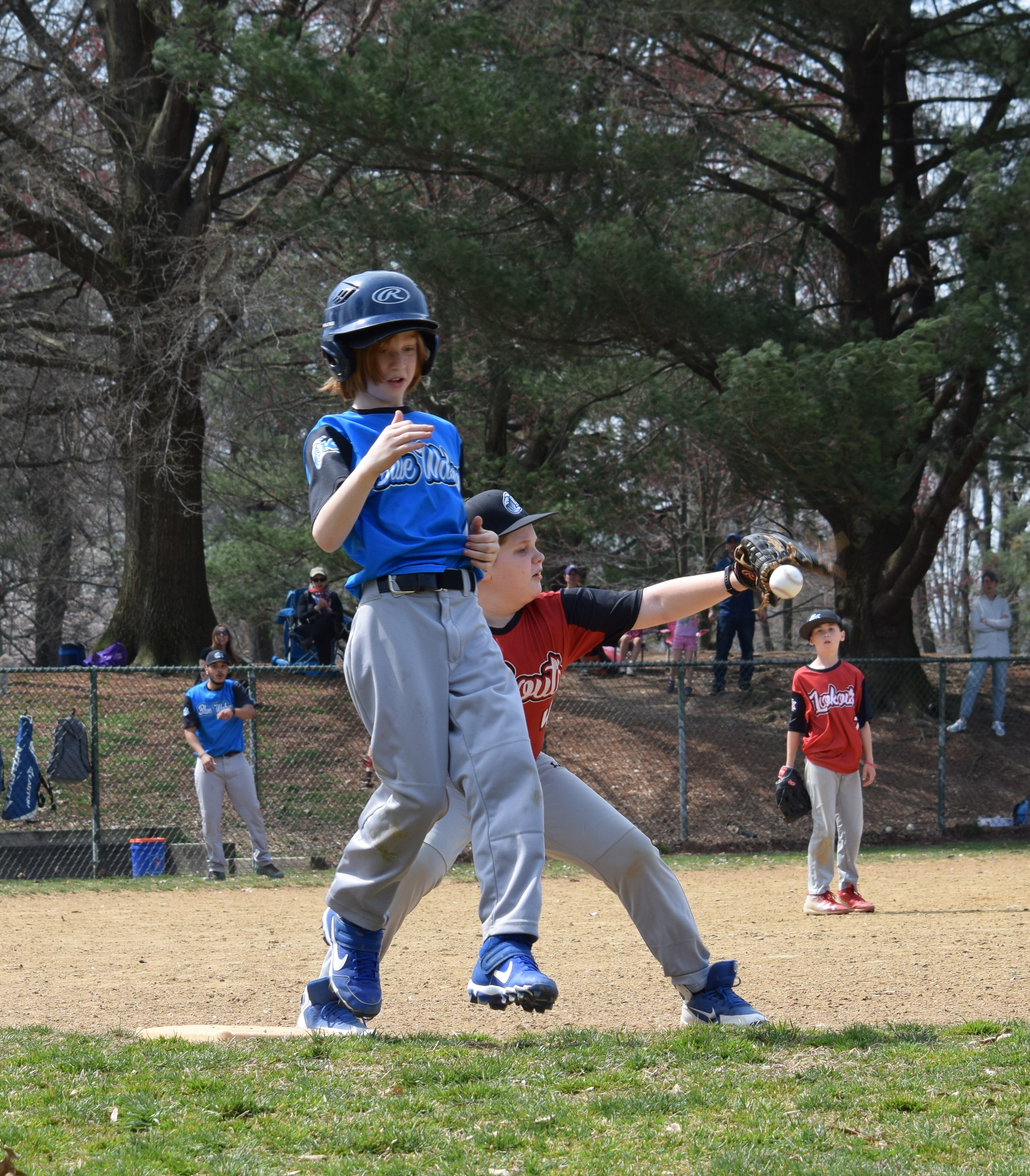 Both teams played great on Saturday, giving the crowd an entertaining back and forth battle all game long. Nate B. had a strong showing on the mound for the Lookouts, with contributions from Eiden S. and Zach J. Blue Wahoos player Miles U. lead off the last inning with a home run to left center, but was called out at home plate on appeal. That was the fuel that lit the fire for the Wahoos, who stormed back in the final frame to defeat the Lookouts 13-8.

Player(s) of the game: Eli W. with his single to tie the game and Ben H. who connected a solo home
run.

In a rematch of the AA Fall Championship, the Thunder came out swinging against last years league champs. Jumping out to an early lead, the Thunder held the Biscuits in check all game long with great pitching performances from Luke S., Eddie C and Michael K to secure an 11-6 season opening win.

Player of the game: Noah W. with a pair of hits, including his first in a Koa uniform. Drillers pitcher Ian L. had a solid start to the game, holding the Bay Sox to only 2 runs over the opening frames. Starting on the mound for the Bay Sox, Eoin S. set the tone with 3 shutout innings. Later in the third inning, the Bay Sox batters came out swinging and pushed the lead to 6-0 with 3 home runs from RJ H., Dorian S., and Max F. After falling behind 10-1, the bats started to wake up for the Drillers. With the bases loaded for Jordan H., he ripped a ball into the outfield to close the gap to 10-4, but it wouldn’t be enough. Eoin S. ended the game with an incredible sliding catch on a pop up in foul territory, securing a 10-4 win for the Bay Sox.

Player of the game: Eoin S., after going 2-3 with 2 RBIs, 3 shutout innings on the hill, and an amazing catch to end the game.

The beginning of Saturday’s game started slowly for both teams- pitchers from each team had trouble finding the zone and struggled with free passes. Ultimately the bats came alive as Aaron W. paced the Mud Hens offense to edge the Iron Pigs 9-6. Not limiting his great start to just his bat, Aaron displayed great defense at shortstop with an excellent in the final frame to secure the win.

Player(s) of the game: Aaron W. who went 2-3 with an RBI and his tremendous catch and Tyler G. who drove in 2 RBI

After starting the season with a big win in their Saturday opener, the Mud Hens struggled against the 2018 Fall BABL Champs. The Bulls came storming out of the gates, pushing across 17 runs in a dominate win showing their post-season run was no fluke. Bobby B. lead charge with a strong showing on the mound, fanning 7 over 3.2 innings. 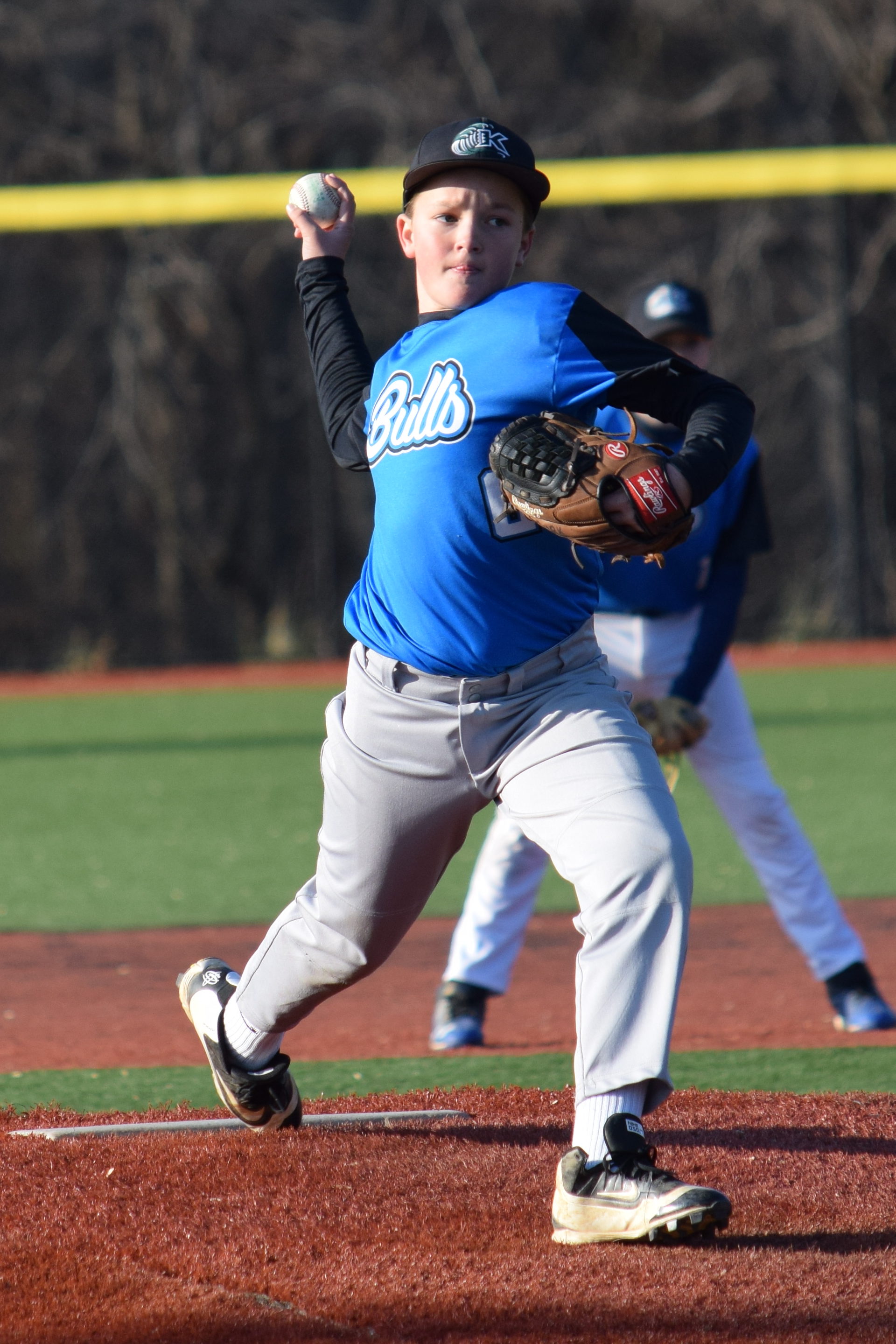 Player(s) of the game: Bobby B. with 7 strike outs and 2 hits at the plate.

Player(s) of the game: Declan O. racked up 6 K’s over 2.2 scoreless innings 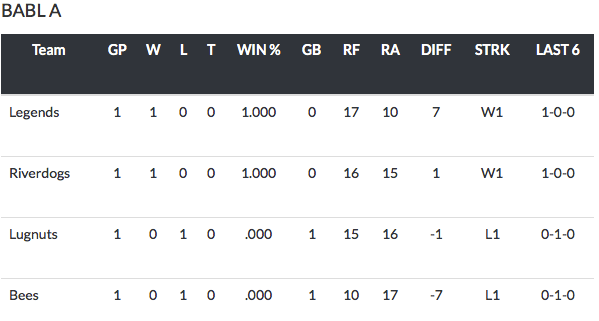 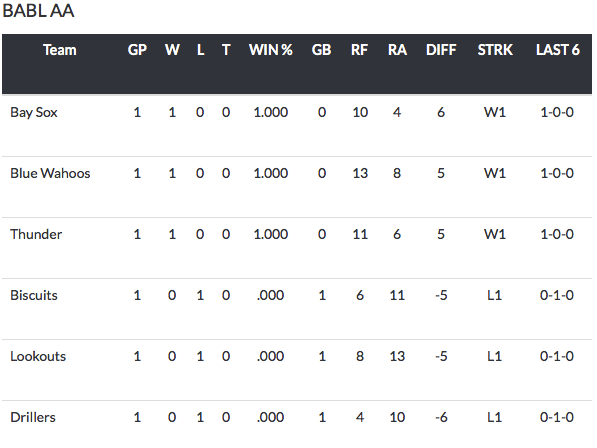 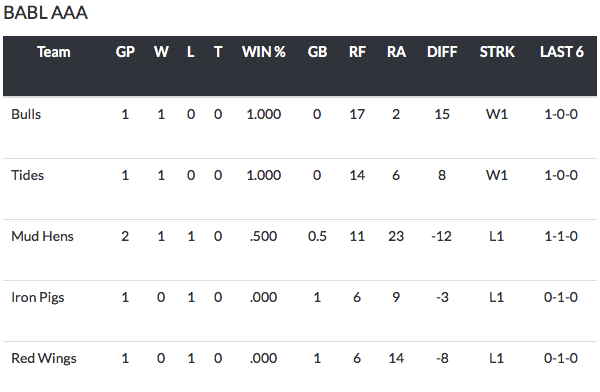