The U12 club team played their best game of the year last week to take home the DMV Fall League Championship. U12 faced Metro HC Blue, a team that was undefeated during regular season play. Koa pulled ahead early in the game, entering halftime up by a score of 1-0. Koa scored again at the start of the second half to make the score 2-0. Unfortunately, in the last 10 minutes of the game, Metro HC came back with two goals, evening the score at 2-2 at the end of regulation. This lead to a shootout, with each team submitting three players to take on the 1v1 shootout. At the end of the first shootout, the score remained tied, with each team having 3 goals. The game then went into sudden death shootouts, with Emi Hakutani scoring the game winning goal, resulting in another championship trophy for Koa! 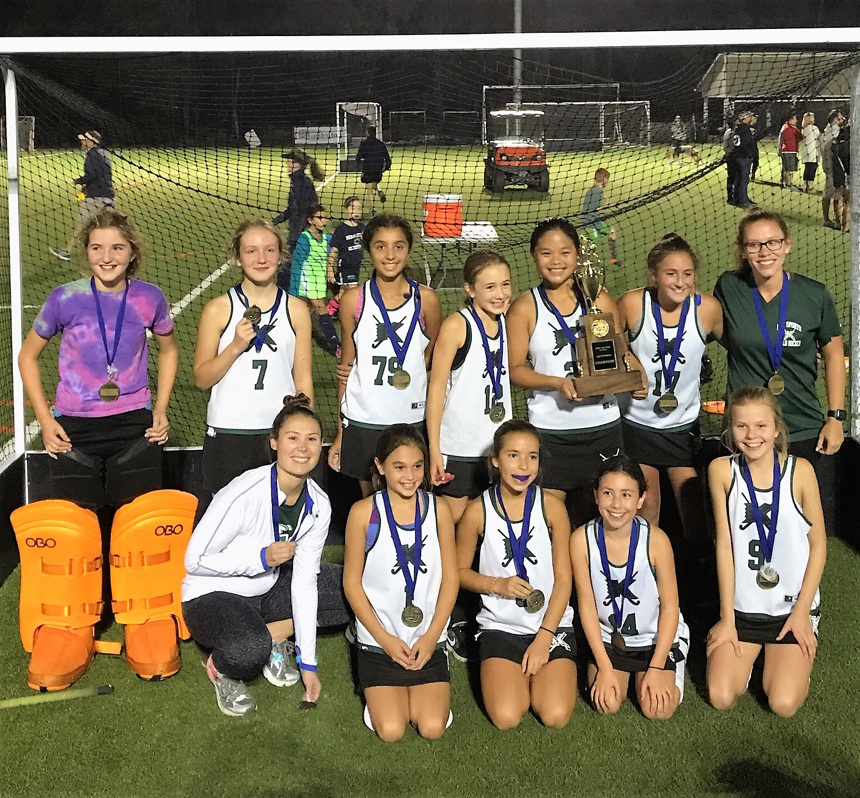